Award-winning film company Focus Features will commemorate its 15th anniversary at the LA Film Festival with five movies including revival programming and a newly added advance screening of Sofia Coppola’s The Beguiled starring Colin Farrell, Nicole Kidman, Kirsten Dunst and Elle Fanning, with the director in-person for a Q&A.

Additional Festival Special Screenings and Events include a conversation with Fred Armisen and Carrie Brownstein, Portlandia: A Look Back and A Look Forward; a conversation with the stars of IFC’s Baroness Von Sketch Show moderated by Lea DeLaria; a day-long screening of every episode of Documentary Now!; and the LA Premiere of Karam Gill’s documentary G-Funk, featuring a post-screening performance with Warren G and special guests.

“We’re excited about the caliber and diversity of this year’s LA Film Festival slate, and that Los Angeles movie lovers will have the opportunity to see incredible stories on the big screen at ArcLight. Our goal has been to provide an environment where film can be celebrated and ArcLight can’t be happier to continue this through the ongoing partnership with the LA Film Festival,” said Gretchen McCourt, Executive Vice President at ArcLight Cinemas.

Several years after the tragic death of their little girl, a doll maker and his wife welcome a nun and several girls from a shuttered orphanage into their home.  They soon become the target of the doll maker’s possessed creation, Annabelle.

Warner Bros. Pictures will release the film in theatres on August 11.

Ali believes his late girlfriend’s soul has been reincarnated in a goat. Ali, his goat and his friend Ibrahim embark on a journey of friendship and self-discovery across Egypt to reverse the curse.

Post screening panel with producer and Global Media Makers’ Fellow Hossam Elouan, and other filmmakers participating in the program, who will explore filmmaking in the region and discuss the importance of telling stories from an inside perspective. Global Media Makers is supported through a partnership between Film Independent and the U.S. Department of State Bureau of Educational and Cultural Affairs.

Post screening panel with producer and Global Media Makers’ Fellow Hossam Elouan, and other filmmakers participating in the program, who will explore filmmaking in the region and discuss the importance of telling stories from an inside perspective. Global Media Makers is supported through a partnership between Film Independent and the U.S. Department of State Bureau of Educational and Cultural Affairs.

Addressing topical issues relating to diversity and inclusiveness both on and off the screen, Diversity Speaks’ focus is to expand the definition of diversity and act as a call to action for the entertainment industry.

Members of the trans creative community will discuss on-screen cis appropriation in depictions of trans stories, panelists include Candis Cayne (The Magicians), Mari Walker (Swim) and Rachel Crowl (And Then There Was Eve).

Panelists Sydney Freeland (Deidra & Laney Rob a Train), Valerie Red-Horse Mohl (Mankiller), Amy York Rubin (Boxed In), Xan Aranda (Room 104) and Marvin Lemus (Gente-fied) will shine a light on how these filmmakers and storytellers work within, and around, the current systems to be seen and heard.

Panelists Lena Waithe (Master of None, Twenties), Keiynan Lonsdale (The Flash), Noah Galvin (The Real O’Neals) and Guy Branum (Talk Show the Game Show) question why it remains difficult to come out in Hollywood and the future of storytelling for the LGBTQ+ creative community. The panel will be moderated by Marc Malkin of E!.

Panelists Sacha Jenkins (Burn Motherfucker, Burn!), Grace Lee (K-TOWN ‘92), Daniel Lindsay (LA ’92) and T.J. Martin (LA ’92) look back on the LA Riots and the continued impact they have on the city at large and the narratives it produces and inspires.

Diversity Speaks is sponsored by HBO with additional support from Twentieth Century Fox Film and Yvonne Huff Lee and Jason Delane Lee | Lagralane Group. Panelists will be updated on tickets.lafilmfestival.com.

Founded 15 years ago this spring, Focus Features will celebrate its anniversary at the LA Film Festival with revival showings from its library of iconic movies and with screenings of highly anticipated new Focus movies, including the Festival’s Opening Night Film The Book of Henry, directed by Colin Trevorrow, screening on Wednesday, June 14, and Sofia Coppola’s The Beguiled.

The story unfolds during the Civil War, at a Southern girls’ boarding school. Its sheltered young women take in an injured enemy soldier. As they provide refuge and tend to his wounds, the house is taken over with sexual tension and dangerous rivalries, and taboos are broken in an unexpected turn of        events.

Focus Features will release The Beguiled in theatres on June 23.

Q&A with Sofia Coppola to follow screening of The Beguiled.

Shot entirely on location in Japan, Sofia Coppola’s Lost in Translation is a valentine to the nature of close friendships and to the city of Tokyo.

Set on an island off the coast of New England in summer 1965, Wes Anderson’s Moonrise Kingdom tells the story of two 12-year-olds who fall in love, make a secret pact, and run away together into the wilderness.

Nic and Jules are married with two teenage children. An unexpected new chapter begins for them as family ties are defined, re-defined, and then re-re defined.

For the past seven seasons, Portlandia’s observational humor has been one step ahead of the cultural conversation. As the series gears up for its eighth and final installment, we hear from multi-hyphenates Fred Armisen and Carrie Brownstein about the show’s celebrated history and what’s next in advance of the final season.

Hailing from north of the border, these Baronesses of the Baroness Von Sketch Show are producing the best comedy you’ve never seen….until now!  Catch a sneak peek before the show premieres on IFC. Lea DeLaria (Orange is the New Black) will moderate a conversation with the stars Carolyn Taylor, Meredith MacNeill, Aurora Browne and Jennifer Whalen.

Catch every episode back-to-back of IFC’s Documentary Now! on the big screen. Starring Fred Armisen and Bill Hader, the series pays homage to some of the world’s best-known documentaries.

This “G-Funkumentary” tells the story of three friends from Long Beach, Warren G, Nate Dogg and Snoop Dogg, and their collaboration in creating one of the most essential styles of West Coast hip hop. The screening will be followed by a performance featuring Warren G and special guests.

On April 29, 1992, Los Angeles exploded when four police officers were acquitted in the beating of Rodney King. But a fire beneath the feet of Angelenos had been melting flesh for years. BURN! chronicles the root causes of disenfranchisement in LA while also examining the role law enforcement has played throughout.

Still to be announced, the popular Coffee Talks, sponsored by Ovation TV, bring together some of today’s most fascinating directors, actors, screenwriters and composers in fun and free-wheeling conversations on their craft. Coffee Talks is additionally supported by BMI, Directors Guild of America, SAGindie and Writers Guild of America, West.

Tickets and passes are on sale now. In addition to access to screenings and events (even after they sell out), Festival passes provide entry to the Festival Lounge, which features a hosted bar for those 21 and older and the opportunity to interact with Festival filmmakers and professionals in the film community. Contact the Festival Box Office for tickets, passes and event information by calling 866.FILM.FEST (866.345.6337) or visit tickets.lafilmfestival.com. 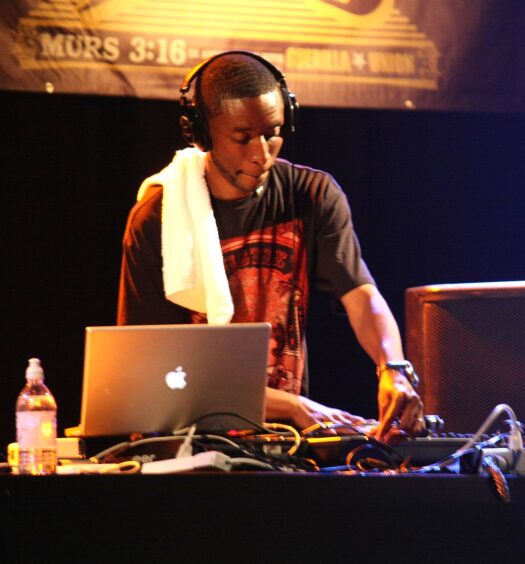