Blacker the Berry: How do you handle “black” by: Ashley Reynolds (@bashinla)

Blacker the Berry: How do you handle “black” by: Ashley Reynolds (@bashinla)

Blacker the Berry: How do you handle “black”?

Where do I begin?

Just in case you aren’t up to speed, Blacker the Berry is a contradiction to i. K. Dot goes from declaring his love for himself and his blackness to putting that same blackness on blast. If you haven’t watched the video for i, stop reading this and go watch it.. Now.  This whole thing will make sense.

i celebrates black culture, showing how fun and flavorful it can be. Watching the youngins dance in the video almost covers up the cultural issues/taboos on display (e.g. suicide, domestic abuse, alcoholism). Listening to it makes me want to throw my right fist in the air while picking my fro with the left. Kendrick had me feeling like Angela Davis.

And then Blacker the Berry dropped. Oh man – A complete 180.

In all fairness, Kendrick calls out his hypocrisy before any of us had the chance to.  And if I can be candid for a moment, I wasn’t feeling it. I didn’t like how he made me question myself. Am I really proud to be black? Do I only rep it when it’s convenient? After listening to it a few times, I found myself stuck on the first 23 seconds.

I dedicate the rest of this post to the following, powerful stanza:

I replayed the intro at least 20 times, and even looked the lyrics up on Rap Genius just to make sure I wasn’t trippin.

Did he just say that? Did he just admit this publically? Does he battle with his blackness like me? Is he speaking about how society handles “black” or how Blacks handle “black”?

I’m going to talk about myself for a moment, and how I handle “black”.

I go back and forth, internally, with my blackness all the time. And because I know you’re (if you’re black) probably getting defensive and calling me crazy, I won’t ask you to agree with me. But I have to stand up with him on this. I commend his bravery, because half of us won’t admit it for fear of judgment by our own people. Being black isn’t easy and definitely isn’t as fun as Martin or Fresh Prince of Bel Air makes it look. If you’re proud to be black, you’re abrasive. If you’re timid with your blackness, you’re white-washed. If you have natural hair, you’re a nappy headed-hoe who looks “un-kept”. It almost seems like it’d be easier to let it all go and conform to what society thinks “black” should look like, instead of fighting to keep it’s authenticity.

But what is it’s authenticity? Has it ever truly been authentic?

Has it ever been accepted for what it truly was? But, what is “it”?

Black American’s haven’t been allowed to “just be”, and K. Dot doesn’t want us to continue to sweep this issue under the rug. I felt safe and proud listening to him proclaim his blackness, but as soon as he switched it up, I panicked. Blacker the Berry made me look a little deeper inside myself.

It would be easy to blame my self-consciousness and confusion of what “being black” really means on the American history of systematic oppression and white-supremacy. And by not negating those facts and brushing off the bruises slavery has left on Black American’s egos, I’m going to continue to look inward and work to change my perceptions of my own blackness.

I’m going to begin taking ownership of my blackness and not wait for anyone to define “it” for me.

Be real… How do you handle “black”? 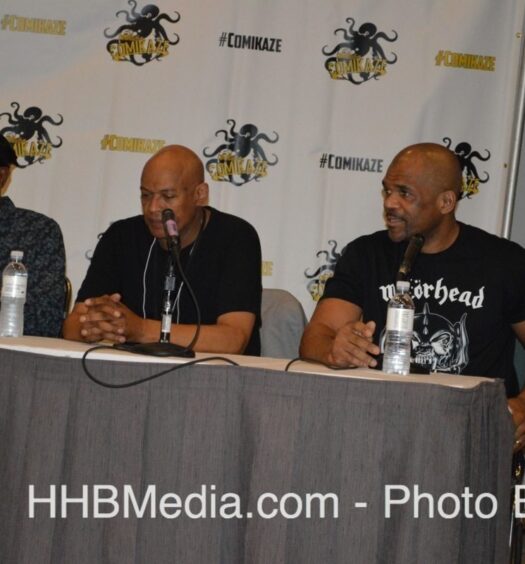