Warner Bros. Interactive Entertainment Announces BatmanTM: Arkham Knight Epic Finale to Rocksteady Studios’ Critically-Acclaimed Videogame Series Introduces Drivable Batmobile and Fully-Realized Gotham City London, UK – 4th March, 2014 – Warner Bros. Interactive Entertainment and DC Entertainment today announced Batman™: Arkham Knight, Rocksteady Studios’ conclusion to the series of award-winning, best-selling titles Batman™: Arkham Asylum and Batman™: Arkham City. Batman: Arkham Knight is based on DC Comics’ core Batman license and will be available exclusively for the PlayStation®4 computer entertainment system, Xbox One, the all-in-one games and entertainment system from Microsoft, and Windows PC. The game is scheduled for release worldwide on [06.23.2015].   In the explosive finale to the Arkham series, Batman faces the ultimate threat against the city he is sworn to protect. The Scarecrow returns to unite an impressive roster of super villains, including Penguin, Two-Face and Harley Quinn, to destroy The Dark Knight forever. Batman: Arkham Knight introduces Rocksteady’s uniquely designed version of the Batmobile, which is drivable for the first time in the franchise. The addition of this legendary vehicle, combined with the acclaimed gameplay of the Batman Arkham series, offers gamers the ultimate and complete Batman experience as they tear through the streets and soar across the skyline of the entirety of Gotham City. “Batman: Arkham Knight is the pinnacle game of our hugely successful franchise, and we are giving players the most expansive, impressive title in the series,” said Martin Tremblay, President, Warner Bros. Interactive Entertainment. “The Rocksteady Studios team is continuing to focus on the excellent gameplay for which they are known while delivering a thrilling new experience for gamers and Batman fans.”…The team at Rocksteady Studios is putting a tremendous amount of work into delivering the final chapter of our Batman: Arkham trilogy so that fans can feel what it’s like to be the Batman,” said Sefton Hill, Game Director at Rocksteady Studios. “We’re excited to be developing the game for next-gen platforms, which has allowed us to bring to life the design elements that we envisioned from the beginning such as the Batmobile and how it augments Batman’s abilities, to the fully detailed and realized Gotham City.”

GAME OVERVIEW: Batman™: Arkham Knight brings the award-winning Arkham trilogy from Rocksteady Studios to its epic conclusion. Developed exclusively for New-Gen platforms, Batman: Arkham Knight introduces Rocksteady’s uniquely designed version of the Batmobile. The highly anticipated addition of this legendary vehicle, combined with the acclaimed gameplay of the Arkham series, offers gamers the ultimate and complete Batman experience as they tear through the streets and soar across the skyline of the entirety of Gotham City. In this explosive finale, Batman faces the ultimate threat against the city that he is sworn to protect, as Scarecrow returns to unite the super criminals of Gotham and destroy the Batman forever.

The Epic Conclusion to Rocksteady’s Arkham Trilogy – Batman: Arkham Knight brings all-out war to Gotham City. The hit-and-run skirmishes of Batman: Arkham Asylum, which escalated into the devastating conspiracy against the inmates in Batman: Arkham City, culminates in the ultimate showdown for the future of Gotham. At the mercy of Scarecrow, the fate of the city hangs in the balance as he is joined by the Arkham Knight, a completely new and original character in the Batman universe, as well as a huge roster of other infamous villains including Harley Quinn, The Penguin, Two-Face and the Riddler.

Explore the entirety of Gotham City – For the first time, players have the opportunity to explore all of Gotham City in a completely open and free-roaming game world. More than five times that of Batman: Arkham City, Gotham City has been brought to life with the same level of intimate, hand-crafted attention to detail for which the Arkham games are known.

About Rocksteady Studios Ltd Rocksteady Studios is a multi-award winning videogame developer based in London, England. Located in a spacious, purpose built converted factory, with full motion capture and audio studio capabilities, we are an energetic company formed by a core team of senior industry professionals. This gives us an ideal balance of drive, talent, proven methods, experience and cutting edge technology to make AAA games. Now employing 90 people, Rocksteady’s mission is to be a highly professional, efficient company whose purpose is to make great games, and have happy and healthy team members. This philosophy is the heart and soul of our company. Rocksteady recently received the coveted ‘studio of the year’ award at the 2009 VGA awards. BATMAN: ARKHAM KNIGHT software © 2014 Warner Bros. Entertainment Inc. Developed by Rocksteady Studios. ” ”, “PlayStation” and “  “ are trademarks or registered trademarks of Sony Computer Entertainment Inc. “” is a trademark of the same company. All other trademarks and copyrights are the property of their respective owners.  All rights reserved. BATMAN: ARKHAM KNIGHT software © 2014 Warner Bros. Entertainment Inc. Developed by Rocksteady Studios. BATMAN and all characters, their distinctive likenesses, and related elements are trademarks of DC Comics © 2014. All Rights Reserved. WB GAMES LOGO, WB SHIELD: ™ & © Warner Bros. Entertainment Inc. (s14)

Huge ‘Batman: Arkham Knight’ Spoiler Leaked – You’ll Never Guess Who’s Back! By Rob Harris ⋅ Posted on June 1st, 2015   Rob HarrisFollow @Eazyrider11010. I sometimes play video games. 1,190Followers WARNING: This article contains MASSIVE spoilers for Batman: Arkham Knight. Click away now or forever hold your peace. “The sure-to-be epic conclusion to Rocksteady’s impeccable Arkham video game series, Batman: Arkham Knight, finally swoops onto store shelves this month – but has its biggest surprise secret just leaked online?!…Arkham Knight picks up one year after the jaw-dropping conclusion to the previous game, in which the Clown Prince of Crime was finally brought down in this eerily emotional final scene: As unbelievable as it seemed, The Joker was dead. And I was pretty convinced he was going to stay that way, with super-villains Scarecrow, Harley Quinn and the Arkham Knight taking his place as the anti-Bats antagonists in this fourth and final outing. That was until I saw these mind-blowing leaked shots posted on Imgur, featuring one smiley face that you might just recognize… He’s Back!”…Rob Harris…MoviePilot.com…5-1-2015 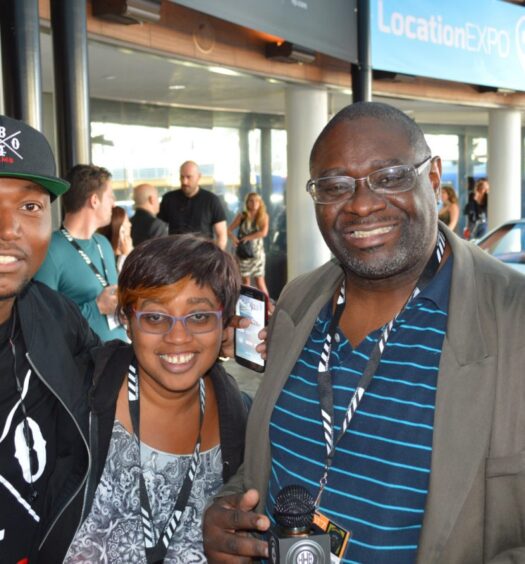