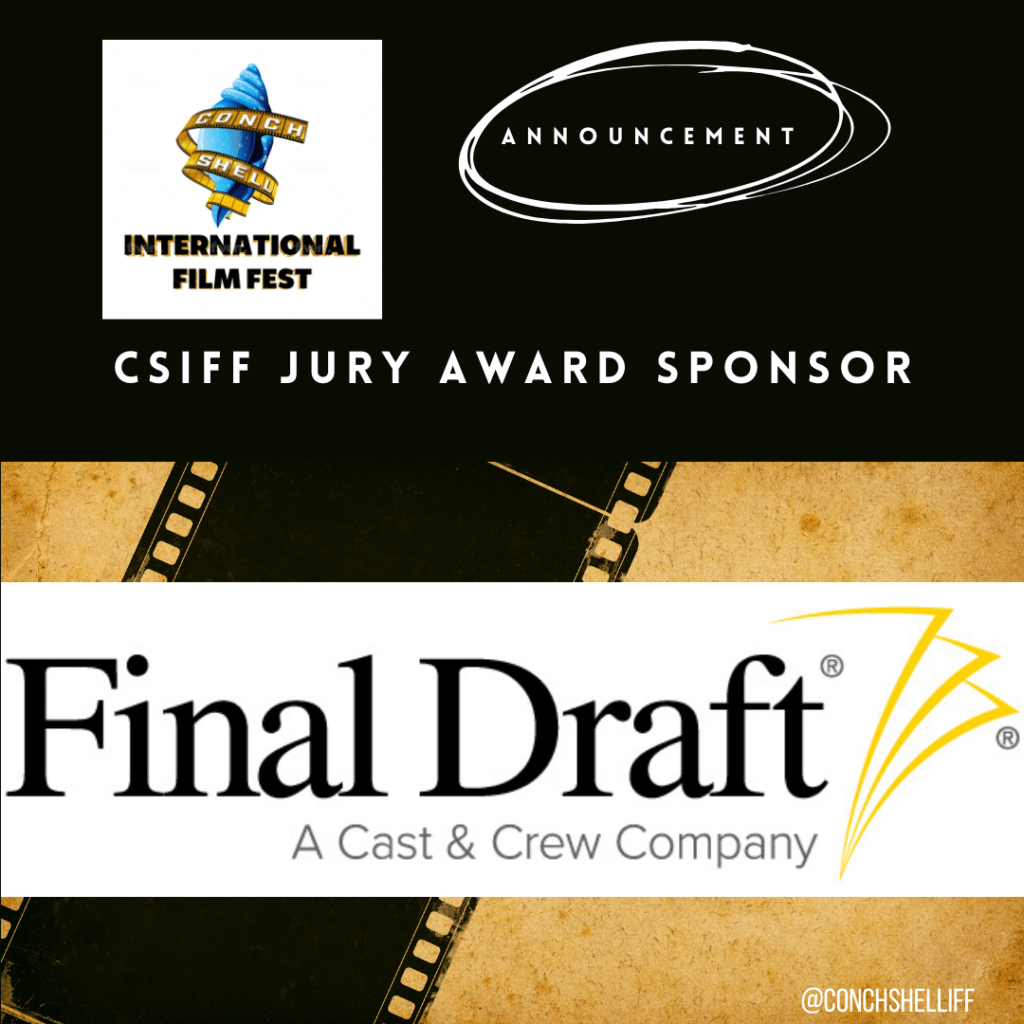 Conch Shell International Film Fest spotlights student and indie filmmakers and screenwriters of the Caribbean Diaspora and the Caribbean whose work inspires social change. Our virtual film festival will create unique opportunities for our international film artists to be celebrated and recognized. Our goal is to advance their careers with screenings, networking events, panels and workshops.

Conch Shell International Film Fest (a Conch Shell Productions presentation) is a 3-day online film festival that takes place Friday May 21, 2021 to Sunday May 23, 2021 on virtual fest platform Filmocracy.com (CSIFF Industry Sponsor).  The festival celebrates and elevates the voices of Caribbean and Caribbean Diaspora film directors and/or writers.  This year’s slated films were filmed by artists from United States, Jamaica, Trinidad, Guadeloupe, the United Kingdom and Martinique. The focus of this year’s selection of film is the story of the ordinary hero/shero whose choices inspire others to awaken the hero within themselves.

When asked about having Final Draft as a CSIFF Awards Sponsor, Festival Director/Founder Magaly Colimon-Christopher shared, “Final Draft is the only software that I have written with since 2003.  I remember the first time I used Final Draft – all of a sudden I didn’t have to worry about formatting my scripts and I could just focus on my character’s journeys.  It was freeing…absolutely life changing.  My goal for Conch Shell International Fest is to elevate, celebrate, support our filmmakers with the tools and resources needed for them to keep focused and purposeful on their creative journey.  When we were awarded the Final Draft sponsorship…it was a confirmation that Conch Shell International Film Fest has the industry support needed to make a lasting difference in the lives of Caribbean Diaspora and Caribbean filmmakers.”